Photography during restoration and research activities

It is frequently necessary to document a restoration process with photos. Then it is foremost about clarity: accurately depicting as many of the existing inadequacies as possible in an artwork or structure. Because restorers are usually not in a position to call on a professional photographer anytime they desire, they tend to shoot lots of so-called ‘before and during treatment’ photos themselves. The client or restorer often engages a professional photographer to take high-resolution (‘after treatment’) photo(s) once the restoration is completed. 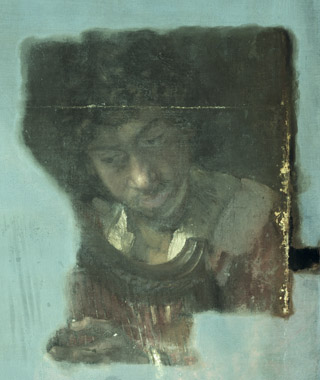 Rembrandt van Rijn, Saul and David (1651-1654 and 1655-1658) Mauritshuis, The Hague. We see a detail of the face of David photographed in UV light during the first stadium of removing the old varnish.

But how do you go about making good photographs during a restoration, using diffused or UV light? If you work as a restorer and have specific technical questions, in many cases an advisory consultation can significantly improve the quality of your work-in-progress photos. As a result, these photos will provide an even better record of the entire restoration process. 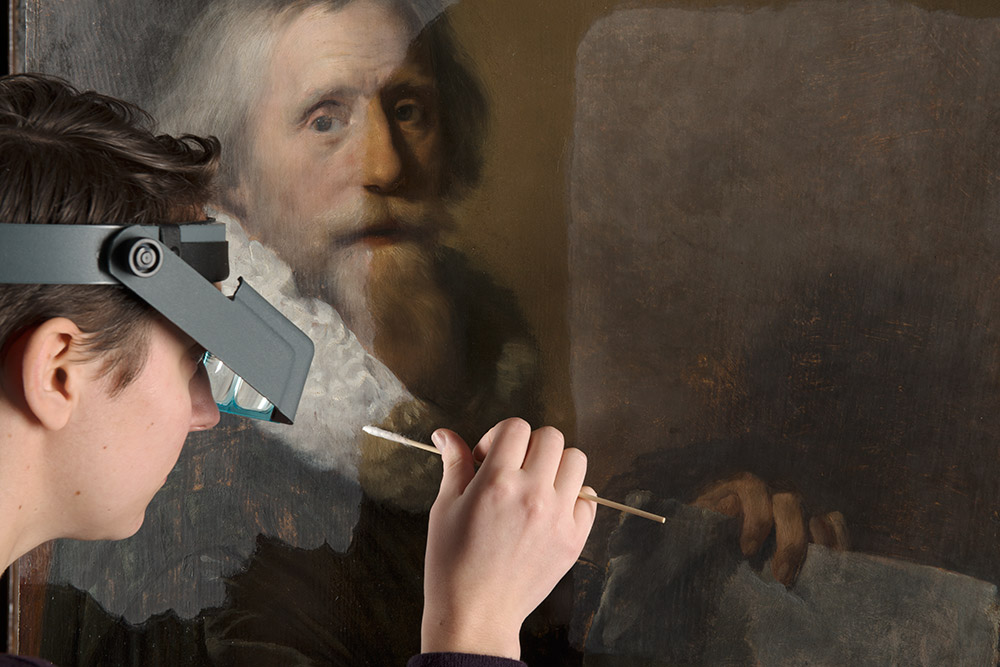 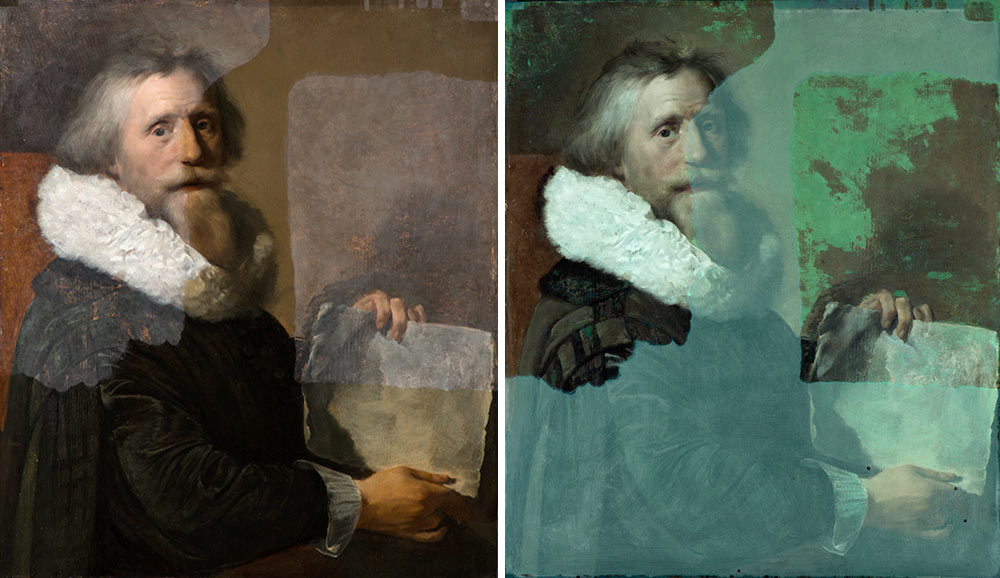 Two photos of the Self-Portrait of Moreelse with the varnish partially removed, shot with 'plain light' (left)and UV light (right).

Lieve d'Hont explains: ‘Ultraviolet radiation (UV light) reveals the fluorescent properties of materials. Old yellow varnishes, based on natural resins, are perceived by the camera as yellowish-green—pigments often have a characteristic fluorescence as well. The white lead pigment used in the man’s collar is seen as white, while zinc white pigment fluoresces bright green. Zinc white started being used at the end of the eighteenth century. These photos were made during the removal of earlier varnishes and retouchings. The old varnish layer fluoresces transparent green. Where the varnish has been removed, the yellow-brown fluorescence of the original background and the bright-green fluorescent retouching with zinc white are easy to distinguish. 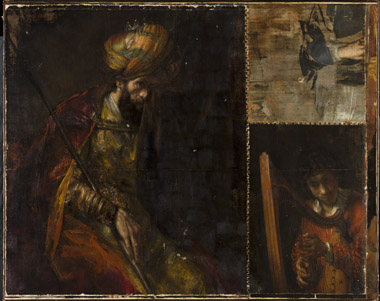 The figures were cut apart in the past and when they were rejoineded into one painting again, additional pieces of canvas were added. The current configuration was most likely made between 1830 and 1869. 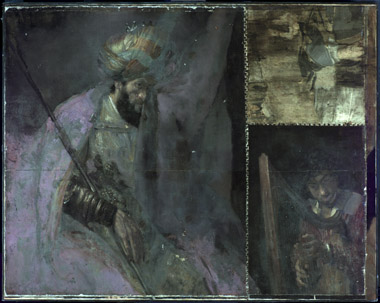 Saul and David in stripped state, (without varnish and retouchings) shot with UV light.

Once the painting had been relieved of the old layers of varnish, it became apparent that it was created in several phases. The face of David shows Rembrandt's characteristic style from just after 1650, while other parts are painted freer and fiercer. 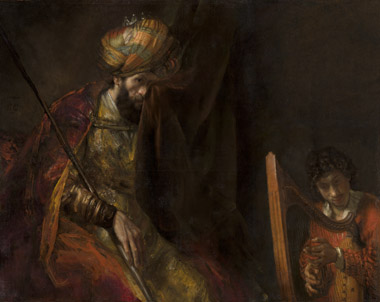 For a long time, this painting was regarded as a high point in Rembrandt's oeuvre, but in 1969 that recognition was called into question. The conclusion after this last compelling investigation is that the first and the last phase are from Rembrandt’s hand. (Source: article by E. Gordenker, ‘Rembrandt?’ in Mauritshuis in Focus 28, nr 2 2015).